Described as the "Shielded Markswoman", Shelly's defensive abilities make her the best for a safe and cautious game-play.

How to unlock?[edit | edit source]

Shelly is a difficult character to effectively play, due to her slow speed and short-falling health, but as a player whose best character is Shelly, I've managed to adapt to it. If you like Ollie, Shelly isn't all that different. The main strategy for Shelly is to use your focus shot crossbow. Crossbow is the most important tool a Shelly has. Whenever you can, scope out the surrounding area with your crossbow. If you're ready for a fight, feel free to hit any characters you see. Shelly isn't very good up close, so knockback spear and nitro arrow are good items to equip on Shelly as well as nitro shotgun. Shelly is definitely not a fast character, so jungle boots and holy sandals are also good items. In combat, if, say, a Nix or a Pepper throws their grenade at you, use your shell. You can fully evade that damage, and if the enemy comes closer to you, you can ready your shotgun and spear and let 'em have it. Random tip: DO NOT BE AFRAID TO USE YOUR SHELL. The only time you don't want to use it is against a close range character such as Bruce or Jade. They will simply wait for you to emerge and let at it with everything they have. Finally, if you aren't playing Shelly very well, don't be afraid to use someone else. Shelly is hard to play, and (In my opinion) needs a small buff, if not a big one. If you aren't having fun, then Shelly isn't for you.

Use your bow, and spear to damage her. If she uses her ability, quickly use her ability OR YOU BECOME TIGER FOOD 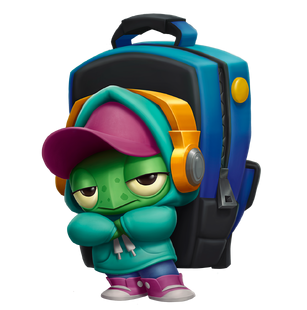 School's Out Shelly
Add a photo to this gallery

Retrieved from "https://zooba.fandom.com/wiki/Shelly?oldid=4521"
Community content is available under CC-BY-SA unless otherwise noted.