Skippy is one of the most agile animals in the game. He undoubtedly lives up to his name, the 'Agile Acrobat', having the ability to automatically jump over obstacles for his passive skill, and he has 3 separate short-range hops for his active skill. He also has a very rare skill with his shotgun, which has a double burst ability, This allows him to fire one of two shots separately or at the same time whenever he pleases! He also can jump over obstacles to escape someone or to chase someone.You can jump away from traps if you tap the active skill button quick enough. Tips are learn to bridge jump and only take on characters that you can take down.

"Born in the zoo, Skippy thought he had a good life until he found out he was meant to be a snack for the predators in the zoo. That made him lose it. Now he is obsessed with the motto "eat (and punch.. and kick.. and hop) or be eaten". He thinks everybody is out to get him, which means his anxiety level is always through the roof!

He is prone to believing in conspiracy theories, oh yeah, and he’s completely terrified of snakes." 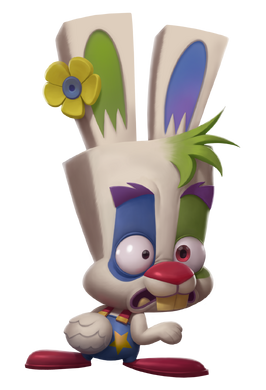 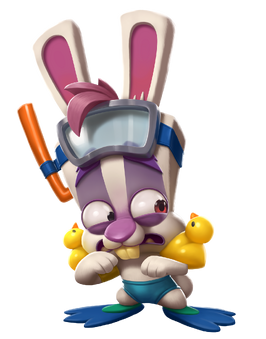 Retrieved from "https://zooba.fandom.com/wiki/Skippy?oldid=4527"
Community content is available under CC-BY-SA unless otherwise noted.